The Character Funnel and Zombies


Continuing with the zombie theme, here's my latest brainstorm.  Granted, it's almost certainly been done before.  Also granted, I likely won't get very far with the idea.

This summer, I commented on my brief Dungeon Crawl Classics experience; I was critical of the character funnel idea.  I thought it was artificial in several ways, but would  make sense given certain initial campaign scenarios.  Well, zombie apocolypse is one of those scenarios.  Imagine that the initial party of 14-20 PC's are all that's left in a town after some Event happens that turns almost everyone else into zombies.  Viola!  Medieval zombie horror, where PC attirition is expected, resource management becomes key, and "heroes" emerge. 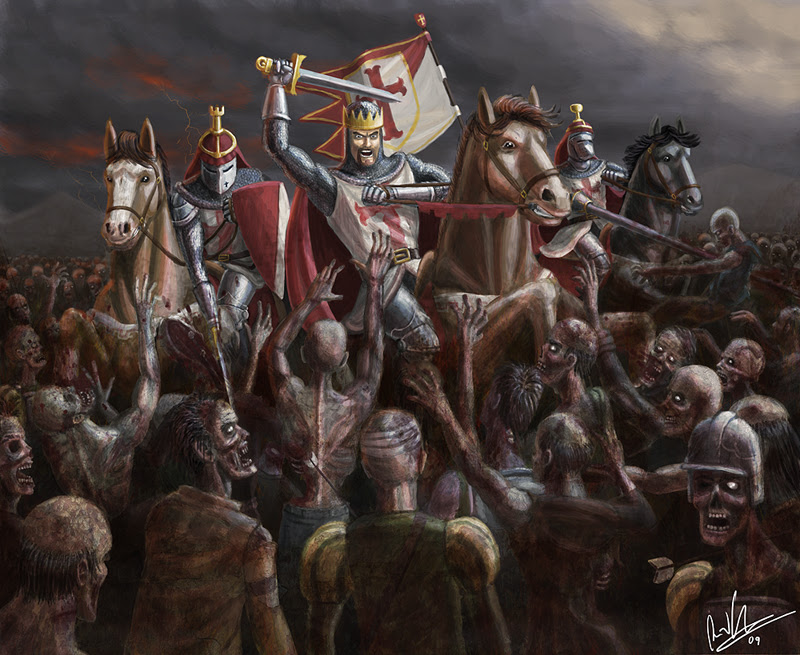 As an added twist, you could keep the true zombie-nature of the game from the PC's.  Game play begins in the dungeon.  The 14-20 person party has fled their village into nearby caves in order wait out the Event.  They've been stuck there for days/weeks/months, but finally have to venture out.  Part One of the adventure, then, becomes exiting the dungenon.  The party faces traditional dungeon monsters and hazards, with maybe a few more zombies than usual.  Those who survive stumble back into their village only to find it overrun by zombies, including friends and family who are now the undead.  In a nice reversal of tropes, the dungeon (which is at least partially cleared of monsters and hazards) becomes the safe space that the party can retreat to, while the vilage and most of the outside world becomes the "dungeon".

Next: other scenarios and possible rules modifications.